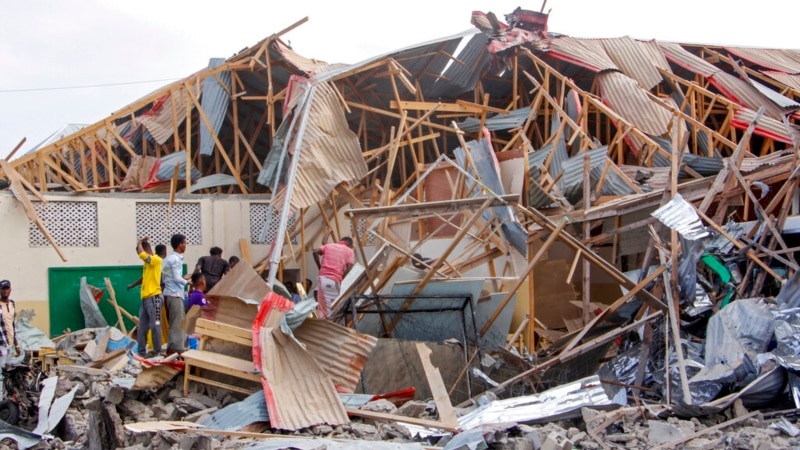 A blast near a school in Somalia’s capital Thursday killed at least eight people and wounded 17 others. The al-Shabab extremist group claimed responsibility for the attack in Mogadishu, which came days after one that killed a prominent Somali journalist. An al-Shabab statement said a convoy was the target of Thursday’s bombing, which took place during the morning rush hour. Some information for this report came from the Associated Press, AFP and Reuters.