Want the best of VICE News straight to your inbox? Sign up here.

The FBI has opened an investigation into a Colorado GOP election official who’s accused of helping facilitate a leak of highly sensitive election data.

Unfortunately for the FBI, the official at the center of the probe, Mesa County clerk Tina Peters, is “holed up” in a safe house provided by pillow salesman and conspiracy theorist Mike Lindell.

Lindell told VICE News that he had initially taken Peters to Texas following his three-day Cyber Symposium last week, where the Colorado official was a star attraction. But a disgruntled member of Lindell’s own security team leaked Peters’ location earlier this week and so she was moved to another, unknown, location.

“She's worried about her safety, these people are ruthless,” Lindell told VICE News on Wednesday evening, referring to Dominion Voting Systems—which is suing the MyPillow CEO for $1.3 billion—and to Colorado Secretary of State Jena Griswold, who has opened an investigation into Peters’ actions.

On Tuesday, the FBI announced it was working with the District Attorney’s office in Colorado “on the forensic review and analysis of county voting systems to determine if there was a potential federal criminal violation,” FBI Denver office spokeswoman Courtney Bernal told the Denver Post.

Bernal did not respond to VICE News’ request for comment on whether the office had been able to speak to Peters, or if Lindell could face prosecution for his role in both promoting the stolen data and preventing Peters from being questioned.

VICE News’ repeated calls to Peters’ cell phone this week went straight to voicemail, and Lindell confirmed that she has been advised not to comment on the current situation, though not from him.

“I wanted her to go out there right away and say it, but she is getting advice from other people too,” Lindell said.

Peters has been accused of allowing someone who was not an employee of the county to access a secure room where voting machines are stored and permitting them to copy sensitive information from those machines. Days later, while employees from Dominion were performing a routine software upgrade on the machine, the same person, Gerald Wood, was allowed into the room. While inside, he captured video of the upgrade taking place.

The video and the copied data were then leaked to Ron Watkins, the former administrator of 8kun, the website where QAnon flourished.

Peters is also accused of ordering staff to turn off surveillance cameras in the room prior to bringing the outsider in.

Griswold, the Secretary of State, launched an investigation into the matter last week, but when her officials went to meet Peters and inspect the equipment, the clerk was not present.

That was because she was on Lindell’s private jet, flying to the MyPillow CEO’s Cyber Symposium in Sioux Falls, South Dakota.

At the conference, Peters was a headline attraction, appearing on stage on all three days of the event. Also appearing at the event was Watkins, who presented the data that had been leaked from Mesa County.

Lindell’s Cyber Symposium was, by any measure, a disaster. He invited dozens of cybersecurity experts and members of the media to the event, promising that he would finally, after five months of hype, produce hard evidence that China had hacked the U.S. election.

But that data never appeared and one of the experts Lindell had hired to verify the data, called it “illegitimate.”

This week Lindell admitted that the source of the data was a man named Dennis Montgomery, a known con artist.

So now Lindell has put all his energy into the data from Mesa County, claiming that it will prove something, though even he doesn’t seem to be able to articulate exactly what that something is.

“We are doing all kinds of investigating right now so it will be, a lot of stuff’s gonna come out,” Lindell said. “It will be a big story hopefully heard around the world.”

But despite the many claims made by Lindell, Watkins, and dozens of other pro-Trump conspiracy theorists over the course of the last 10 months, there is still no hard evidence of widespread voter fraud in the 2020 elections. In fact, the election has been called “the most secure in American history” by the man charged with protecting it.

Peters was among those who have been spreading baseless conspiracies about the election, but despite being accused of helping leak official election data to a QAnon promoter, she still appears to have a large support base in Mesa County. The Daily Sentinel reported Wednesday that “a large group of Mesa County residents asked the county commissioners to condemn Griswold for her investigation and to stand behind Peters, saying the clerk is a hero for trying to uncover cracks in the state’s election system.” And this Saturday, supporters will hold a “patriot rally” for Peters. 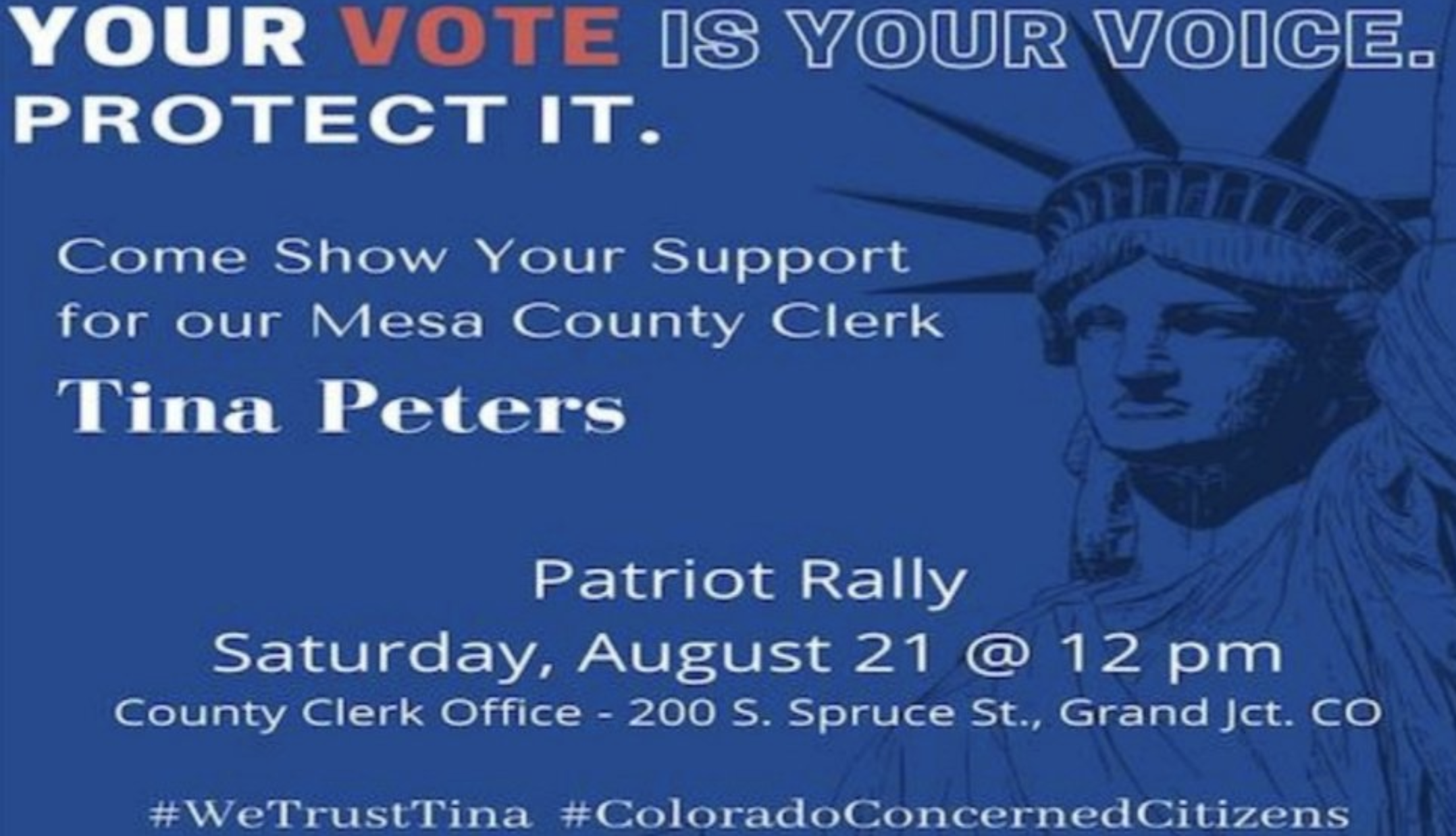 Lindell said he was hopeful that the investigation his team is conducting will be finished by the end of this week, and when it’s finished they will “put it out everywhere in the media, everywhere.”

But when asked exactly what the “it” is, Lindell admitted that for all his bluster he didn’t really know.

“I'm not the lawyers,” Lindell said. “I haven’t even myself dug into all this stuff.”

If there were any Jews still wondering which party is on their side, Jan. 6 answered the question